This product is available in: IL, MN, NJ, NY Unfortunately, we can't ship to PO Boxes and APO addresses.

Size750mL Proof100 (50% ABV)
This exquisitely aged Japanese/Scotch whisky blend has a deeply complex and flavorful character. For the novice and enthusiast alike.
Notify me when this product is back in stock.

This product is available in: IL, MN, NJ, NY Unfortunately, we can't ship to PO Boxes and APO addresses. 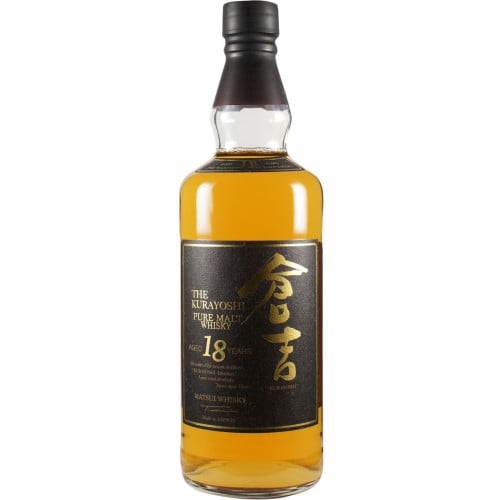 Matsui Shuzo is both a sake brewery and shochu distillery. Kurayoshi is a 100% malted barley whisky, sourced from distilleries around Scotland, before making their way to Japan, where it is blended with Japanese whisky, aged and cut to proof with the soft ground waters of Tottori Prefecture.

“Complex and depth in taste by allowing it to mature for more than 18 years. Deep flavor in the short term aging followed by a lingering rich aroma. A good and well-balanced pure malt whiskey with a mellow taste. Enjoy a cup of bliss” (producer).

Sweet flavors of honey mixed with smoke and spice, mellow, sweet vanilla with a refreshing touch of mint.