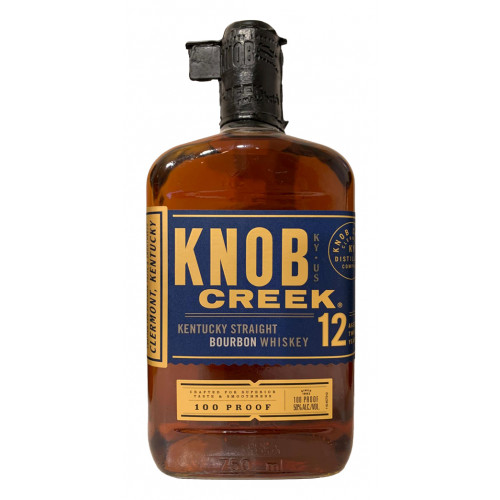 Knob Creek Bourbon takes its name from the small water source, Knob Creek, that ran through President Abraham Lincoln’s childhood farm. Booker’s vision for Knob Creek Bourbon was that of an honest, quality bourbon that could meet the standards — strength, flavor, care and patience — of bourbon made before prohibition distressed the industry just decades earlier. Like Abraham Lincoln himself, Booker designed Knob Creek Bourbon to be honest, unwavering and full of character. This Knob Creek 12 Year Old is a small batch, Kentucky Straight Bourbon Whiskey aged for 12 years and bottled at 100 proof.

Toasted nuts, vanilla bean and oak. Palate is filled with dried fruits, maple syrup and a rum sweetness, and leads to a finish marked by a woody, cinnamon spice, evergreen and caramel.