Size750mL Proof92 (46% ABV)
The Knappogue Castle 21 Year Old Single Malt Irish Whiskey is a marriage of two single malts matured for over two decades.
Notify me when this product is back in stock. 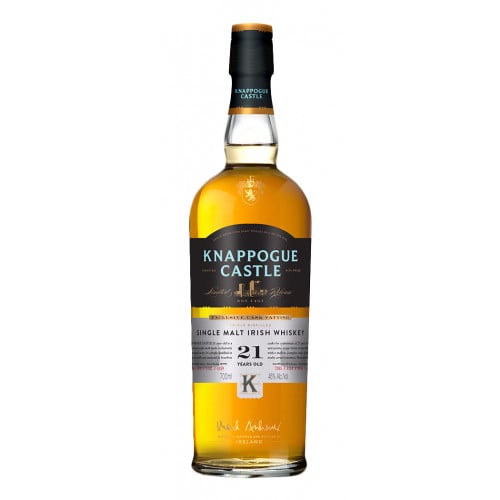 The Knappogue Castle 21 Year Old Single Malt Irish Whiskey is a marriage of two single malts distilled in copper pot stills and then matured in ex-bourbon casks – one for 23 years (put into barrel in 1994) and another for 21 years (put into barrel in 1996) before blending them together. This expression is bottled at 92 proof and is non-chill filtered.

Orchard fruit in the foreground, with rich pastry notes accented with subtle clove and baked apple spices. Toasted oak adds additional character to the background aromas. Soft and mellow with further depth and complexity owing to the long maturation period in oak, with malty richness throughout. The finish is lingering, with delicate barley cereal notes fanning over the palate.