Caskers Rewards members earn up to 6 store points back when buying this bottle.
Size750mL Proof92 (46% ABV)
Launched as a part of the 'Cask Finish Series' this Knappogue Castle is made exclusively from malted barley and finished in Marco de Bartoli Marsala casks.
Notify me when this product is back in stock. 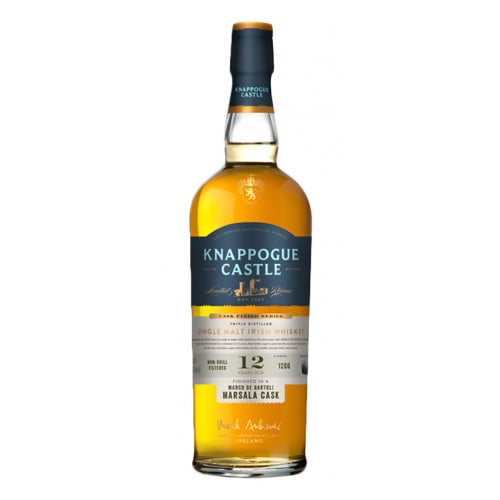 Knappogue 12 Year Old Marsala Cask was launched as a part of the 'Cask Finish Series' from Knappogue Castle. This single malt is triple distilled and matured for a minimum of 12 years in ex-bourbon barrels. The spirit is finished in Marco de Bartoli Marsala casks.