Size750mL Proof86 (43% ABV)
A departure from the signature Kilbeggan house style, this limited edition was released without an age statement. 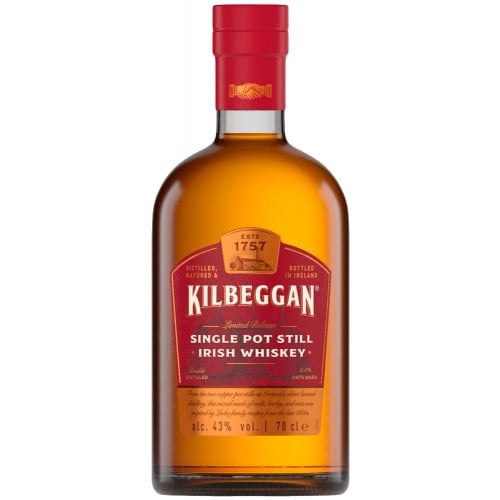 Kilbeggan Distillery, Ireland's oldest operating distillery, was founded by Matthias McManus in 1757 on the banks of the River Brosna, where there is an abundance of the three essential ingredients for making whiskey — water, grains, and turf. McManus passed the distillery down to his son, John, who managed the distillery until the turn of the century when John was executed for his part in a local uprising against English rule.

This Single Pot Still Whiskey is a limited edition release that follows the classic Kilbeggan mashbill recipe of blending malted, unmalted barley and 2.5% oats. A departure from the signature Kilbeggan house style, this expression was released without an age statement. Have a taste of this solid release from a rising distillery.

Soft and smooth, with a vibrant, fruity palate followed by a light, lingering spice and a rich, creamy mouthfeel.