Be the first to review this product
Aged for a decade in seasoned oak and finished in port casks, this Irish Whiskey has earned many accolades.
$80.99
Add to Wish List

Following its slumber in the oak, The Tyrconnell Single Malt Port Cask Finish Whiskey is double-barreled, or finished, in used port casks, where it rests for another six to eight months. The port casks add complexity to the whiskey, and provide it with notes of cherries, stone fruits and dark chocolate. The Tyrconnell Single Malt Irish Whiskey Port Cask Finish earned a score of 92 points from Whisky Advocate and earned the Gold Medal at the San Francisco World Spirits Competition in 2011.

Initial notes of oak, honey and chocolate fade into flavors of dried fruits, toffee and apricots. The finish is long and smooth, with a burst of vanilla and cinnamon. 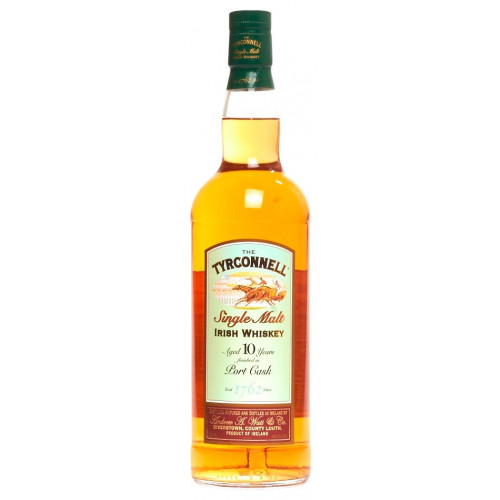