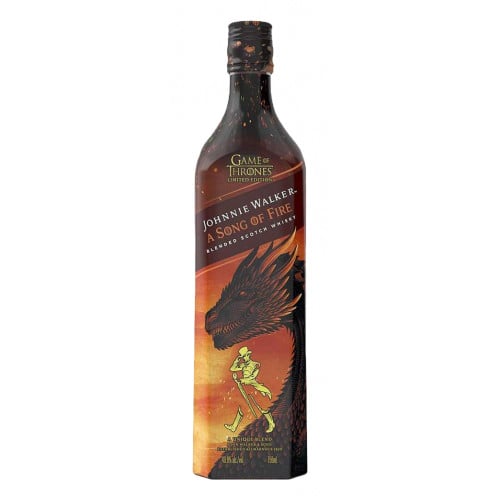 About Johnnie Walker A Song of Fire Blended Scotch Whisky

Johnnie Walker A Song of Ice and A Song of Fire are two new Scotch whisky blends that honor the enduring legacy of Game of Thrones. Johnnie Walker A Song of Fire is inspired by the fierce dragons of Daenerys Targaryen, showcasing peated whisky from the Islay-based Caol Ila distillery. Bottled at 40.8%, this whisky has a more full-bodied flavor, with a hint of spice, notes of subtle red fruit, and sweet smoke.