Size750mL Proof80 (40% ABV)
Part of the Classic range from Glen Moray, we love this one because it for its balance: there’s so much more than just peat hiding inside this bottle.
Notify me when this product is back in stock. 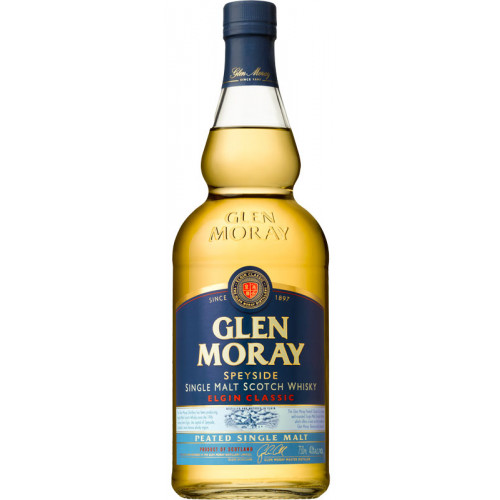 Glen Moray Peated Single Malt Scotch Whisky is part of the Classic range from Glen Moray. This is a peaty Whisky but this is not your ordinary Speyside Single Malt Scotch. This one manages to balance the classic medicinal peaty whiffs with waves of vanilla, orchard fruits, and even some floral notes. Savor this one in any way you prefer: neat, with a drop of water, on the rocks, or as a high-end cocktail base.

Light yellow hue. The nose greets with notes of apricot, roasted pineapple, and hints of tobacco leaf. The palate is flavorful and very well-balanced with vanilla and orchard fruits leading the way and balancing the classic medicinal peaty whiffs. Floral notes make an appearance as well. The finish is slightly pepper and sweet.