Learn more
Size750mL Proof86 (43% ABV) *Please note that the ABV of this bottle may vary
The Distiller’s Safe is a celebration of the craft of Jameson Head Distiller, Brian Nation, and his mastery of the Irish pot still.
Notify me when this product is back in stock. 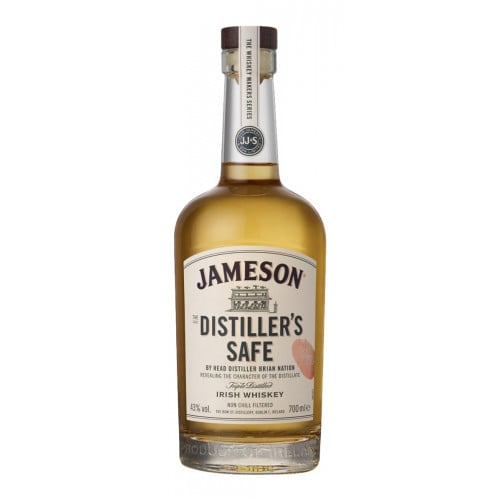 Jameson Irish Whiskey is crafted from a mash of malted and unmalted barley that is triple-distilled — just as it was by John Jameson himself centuries ago — through three separate copper-pot stills: a wash still, feint still and finally a spirit still. The mash itself is made using barley, maize and pure Irish water, further adding to the unique character of the whiskey.

Introduced as a part of the Whiskey Makers Series, The Distiller’s Safe is a celebration of the craft of Jameson Head Distiller, Brian Nation, and his mastery of the Irish pot still.

Floral perfume notes, fresh herbs, lively spices, barley sugar sweetness combines with the succulence of grapefruit and green pepper, with a touch of marzipan adding to the depth. The palate is initially filled with barley sugar sweetness, followed by hints of cinnamon and a touch of liquorice. Vibrant notes of citrus complement the nuttiness of ground almond. The finish is lightly zesty, with notes of barley.