Learn more
Size750mL Proof80 (40% ABV) *Please note that the ABV of this bottle may vary
This limited-edition bottle of Jameson features custom artwork by the Dublin local artist Steve McCarthy.
Notify me when this product is back in stock. 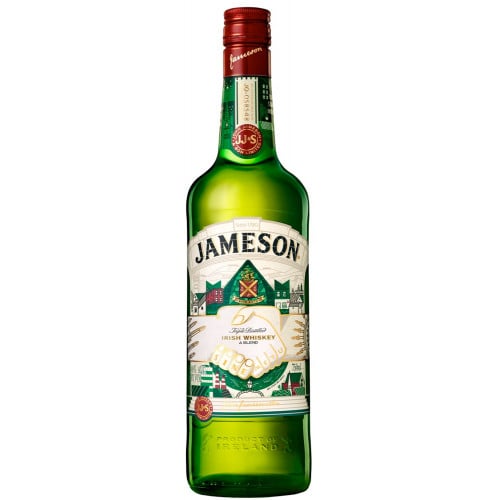 Jameson Original Irish Whiskey is a blend of pot still and fine grain whiskeys that have been aged for a minimum of 4 years. The whiskey is aged in a combination of ex-sherry and ex-bourbon casks to add spicy and sweet notes. As a result, the whiskey is slightly floral on the nose with hints of spicy sweetness, which leads to a palate of spicy caramel notes combined with subtle notes of vanilla and almonds. The finish is smooth with notes of sherry and sweet fruit.

This year's bottle was designed by local artist Steve McCarthy as a tribute to the city he, and Jameson, call home. Like most of his work, this bottle draws from a famous Irish phrase, “chancing your arm”, otherwise known as stepping out of your comfort zone and trying new things.

This St. Patrick’s Day, pick up a bottle of Jameson,the authentic whiskey that has called Dublin home since 1780.