Size750mL Proof80 (40% ABV)
This bottling from Jameson is finished in stout-seasoned oak barrels from Franciscan Well, a craft Irish brewery.
Notify me when this product is back in stock. 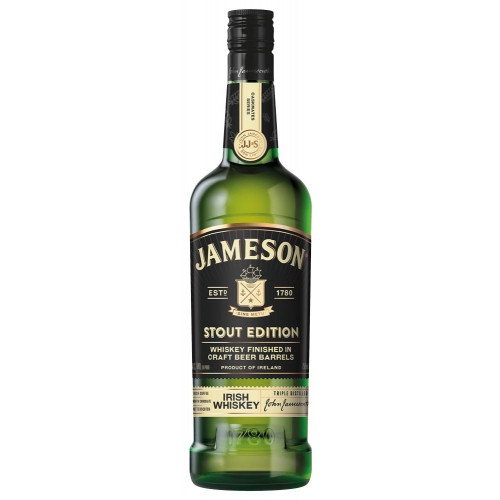 Once the brewery is finished with the casks (the beers are typically aged for two to six months), Jameson has them sent back to the distillery, where the stout casks are used, once again, to finish Jameson Caskmates Irish Whiskey.

As a result of this full-circle finishing process, Jameson Caskmates Irish Whiskey has a hearty aroma of coffee, cocoa and fresh barley, which leads to a palate filled with honey, vanilla cream and a slight hop flavor. The finish is rich and smooth, with pronounced notes of toffee, caramel and bitter chocolate.

Hearty aroma of coffee, cocoa and fresh barley, which leads to a palate filled with honey, vanilla cream and a slight hop flavor. Finish is rich and smooth, with pronounced notes of toffee, caramel and bitter chocolate.