Size750mL Proof82 (41% ABV)
After spending 9 years in oak, this rhum agricole or sugarcane-juice rum is finished in Sauternes wine casks for an additional 8 months, making for a deliciously fruity and balanced sipper.
Notify me when this product is back in stock. 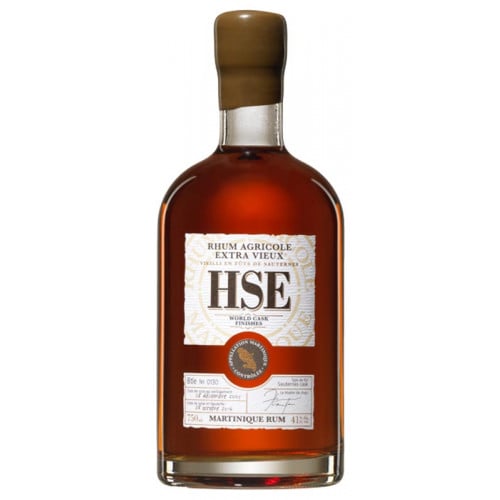 One such expression is the Rhum Agricole Extra Vieux Sauternes Cask Finish. The sugarcane juice rum or rhum agricole is first aged in oak barrels for 9 years according to the tried-and-true practices and tradition of HSE. Then it goes for a round of finishing in Sauternes wine casks from Château La Tour Blanche. After 8 months it is bottled at 82 proof, displaying a complex harmony of sweet honey, gingerbread, and (dried) fruit notes.

The aromatic nose opens with acacia honey, passion fruit, a touch of gingerbread, as well as dried figs and apricots. There's a pleasant sweetness on the palate with dried fruit, vanilla, and dessert wine notes, as well as a hint of orange zest. The finish has lingering spice.