Size750mL Proof80 (40% ABV) each
Crafted from the virgin nectar of raw sugar canes, this rum is matured through a solera system, which won the Silver Medal at the San Francisco World Spirits Competition in 2012. 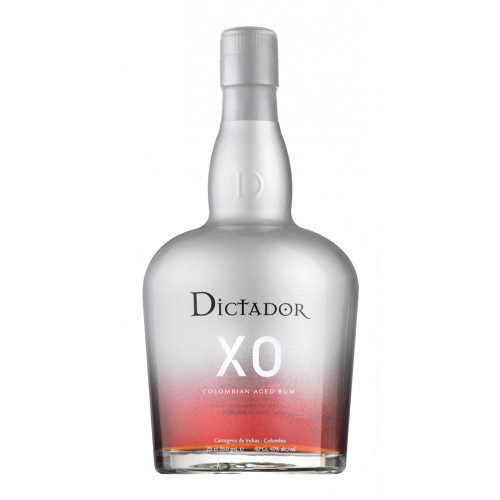 In 1751, Severo Arango Y Ferro journeyed from Spain to the port city of Cartagena, situated in northern Colombia. Ferro had been sent to Columbia by the King, and was asked to establish and oversee commercial trading activities between Spain and its American colonies. Ferro proved himself to be an able and ruthless statesman and under his leadership, the city of Cartagena became a hub of economic activity and the most important port for the Spanish fleet in the Americas. Ferro's strength and power also earned him the nickname "Dictador." Dictador was partial to a variety of rums that were being distilled in the Caribbean at the time, many of which passed through Cartagena on their way to Spain. In 1913, over 150 years after Ferro initially arrived in Colombia, one of his descendants established Destileria Columbiana. Today, the distillery honors the legacy of its founding ancestors with Dictador Rum.

Dictador XO Insolent Solera System Rum is made from the virgin nectar of raw sugar canes. Once the nectar has been fermented, it is distilled through a stainless steel alembic still and solera-aged in casks that were previously used to mature Jerez and Port. Solera aging is a process that has generally been reserved for aging cognacs, ports and sherries. It involves filling a series of casks at different intervals over a long period of time. As rum from the oldest cask is emptied and bottled, the cask is re-filled with an equivalent amount of rum from the second-oldest cask in the solera. This cascading effect continues until the youngest cask in the solera is filled with new rum. As a result, no cask in the solera is ever fully emptied. In addition, as the younger rum cascades through the solera, its average age and complexity gradually increases over time.

As a result of this aging process, Dictador Insolent has a deep mahogany color, along with an aroma of honey, caramel, dark chocolate and wood tannins. Notes of rich brown sugar, milk chocolate and dried fruits dominate the palate, and lead to a finish accented by touches of papaya, bananas, cloves and vanilla.

Pick up a bottle of Dictador today!