Size1000mL Proof90 (45% ABV)
This wonderfully mature rum takes its cues from the world of the finest single malt whiskies. It has spent 16 years maturing in the hot and humid climate of the Caribbean, where maturation is sped up considerably, compared to temperate climates. After its 16 years in American oak, it was bottled at 80 proof.
Notify me when this product is back in stock. 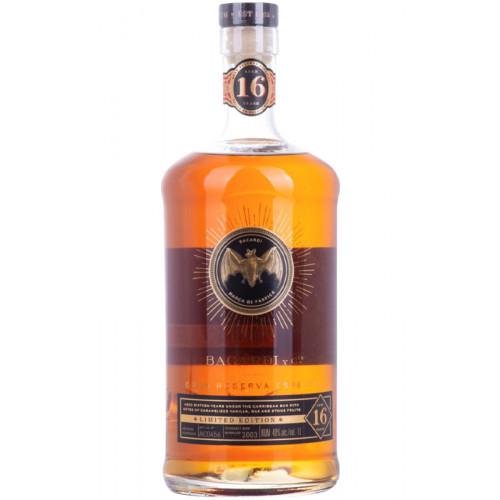 Bacardi Gran Reserva Especial 16 Year Old was inspired by the complexity and smoothness of the finest single malt whiskies. It has spent 16 years in American white oak casks, patiently maturing in the Caribbean climate. Formerly a travel exclusive, this limited-edition rum is woody, fruity, and velvety smooth. The expression is bottled at 80 proof.

Get your bottle of this beautifully mature rum today!

The nose is fruity and sweet with caramel and stone fruit aromas. The palate is smooth and viscous with caramel, oak, and fruit. The finish is long and velvety smooth with lingering notes.