Size750mL Proof88 (44% ABV)
This sugarcane juice rum or rhum agricole is crafted on the Caribbean island of Martinique. After its initial 9 years of maturation in oak casks, it spent an additional year in Highland single malt casks.
Notify me when this product is back in stock. 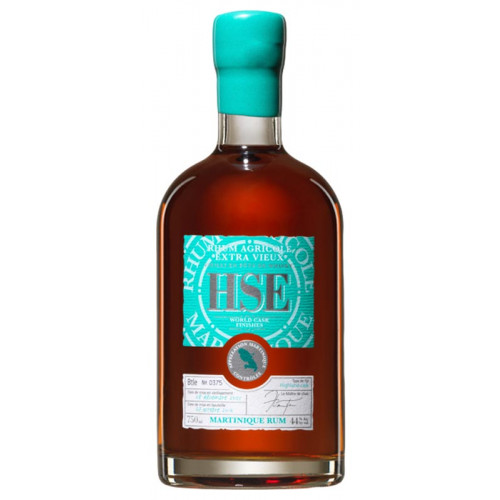 HSE Rhum Agricole Highland Finish Extra Vieux 2005 is initially aged in oak barrels for 9 years to achieve the signature character of aged HSE rhum. After this period of maturation, it was transferred into Highland single malt whisky barrels for an additional 12 months, bringing the total to a decade. Bottled at 88 proof, it's a deliciously fruity and minty expression.

Menthol aromas lead the charge on the nose, followed by white flesh fruit. There's a nuttiness with floral overtones as well as a touch of orange zest. The palate has smoked oats, nectarines, mint, and spice, culminating in a long finish.