Size750mL Proof110 (55% ABV)
Distilled in 2012 at the Foursquare Distillery, this expression is a molasses-based blend of column and pot still rum. Initially aged in Barbados for 8 years, the rum spent an additional year in port wine casks in New York, before being bottled at 110 proof.
Notify me when this product is back in stock. 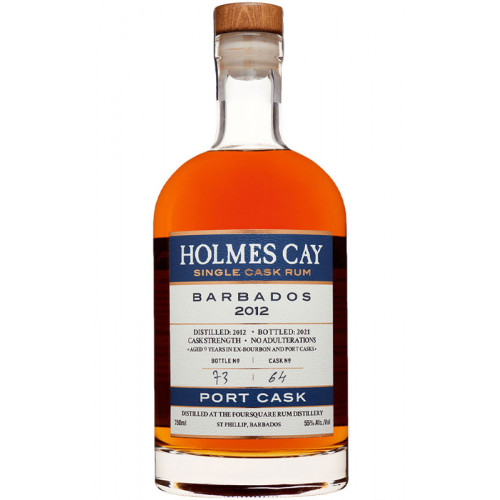 Barbados 2012 Port Cask comes from the Foursquare Distillery as well. Distilled in 2012, it's a molasses-based blend of column and pot still rum that was initially aged in Barbados for 8 years in ex-bourbon casks. It was then transferred into port wine casks and aged for another year in New York, bringing the total to 9 years. The expression was bottled in 2021 at 110 proof with only 5 barrels being available for the United States.

Grab your bottle of this exceptional Barbados rum today!

You'll find rich aromas of dark fruit on the nose with cherries and plums. The palate has caramel, honey, oak, as well as stone fruit and dried fruit notes. The finish is oaky and crisp.