$61.99
Caskers Rewards members earn up to 3 store points back when buying this bottle.

Size750mL Proof93.6 (46.8% ABV)
Inspired by the Nordic heritage of the Orkney Islands, Highland Park Valknut is the second special release in the Viking Legend trilogy. This new whisky has a distinctively smoky, rich and spicy character, handcrafted with Orkney-grown barley and heather peat, and matured predominantly in American sherry-seasoned oak casks. Bearing the same honorable mark as Odin's chosen warriors, this Valhalla-worthy expression is sure to bring pride to your collection. Available now and for a very limited time.
Notify me when this product is back in stock. 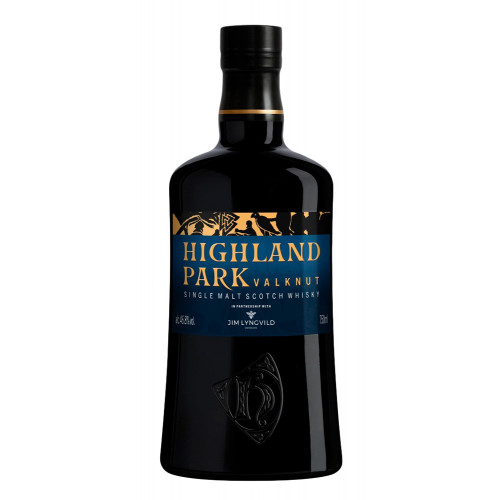 The Danish designer behind this expression Jim Lyngvild, was inspired by the mythological Valknut symbol associated with fallen warriors. This symbol of three interlinked triangles was used in Norse mythology to represent honorable warriors killed in battle.