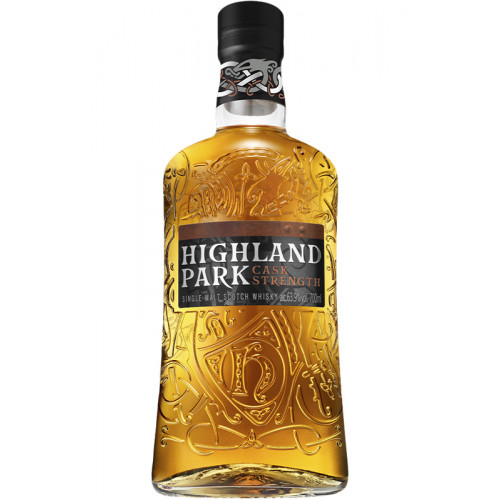 Situated in the Orkney archipelago in Northern Scotland, Highland Park Distillery was founded in 1798 by Magnus Eunson. The name of the distillery is derived not from the region of Scotland known as The Highlands — the Orkney islands are not a part of the Highlands — but rather from the region known as High Park, where the distillery was founded. Highland Park is an incredible longstanding whisky house, and they pride themselves on their rich Norse heritage, an essence that is reflected in their craft.

Today, over two centuries after its founding, Highland Park Distillery remains one of the few Scottish distilleries that continues to hand-turn, malt, and peat its own barley, using locally cut peat from the nearby Hobbister Moor. The malt is peated to 20 parts per million phenols, and then mixed with unpeated malt produced on the Scottish mainland. After malting the barley, Highland Park Distillery smokes it using peat sourced from Hobbister Moor, a peat bog located approximately seven miles from the distillery.

Hobbister Moor peat is sourced from floral heather bushes, which burn hotter and cleaner than the grassy peats of Islay. The peat is "absolutely fundamental in understanding the flavor of Highland Park Whisky," says Russell Anderson, the distillery manager. Together with Orkney's unique environment (the temperate, moist climate of the archipelago results in an even maturation process), the peat gives Highland Park Whisky its traditional malty flavors that are tempered by an ever-so-subtle touch of smoke.

This expression is the second release in Highland Park's annual Cask Strength series. This series presents the distillery's whisky in its purest, unadulterated form, "bottled straight from the cask". This means that no water is added, resulting in unparalleled depth and balance of flavors. Master Whisky Maker Gordon Motion selected mainly sherry-seasoned European oak casks with a few ex-bourbon casks for this release that's bottled at 127.8 proof.

Get your bottle of this cask-strength whisky today!

The nose opens with floral aromas, ripe pear, coconut, and peat smoke, followed by a balance of sweet and spice on the palate. Cooked pear, some nuttiness, honey, as well as hints of licorice and brine. Toasted oak, orchard fruit, black pepper, and aniseed linger on the pleasantly sweet finish.