Size750mL Proof86 (43% ABV)
This Classic Cask 23 Year Old Original Cask is part of a series of four limited release twenty-three year-old Spirits.
Notify me when this product is back in stock. 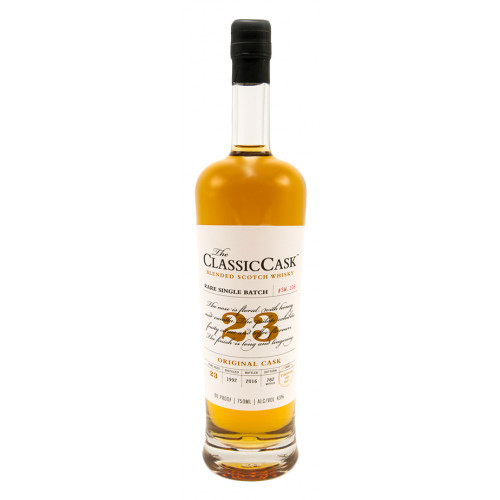 This Classic Cask 23 Year Old Original Cask is part of a series of four twenty-three year-old Spirits released in tandem. Each whisky is comprised of single-casks sourced from Speyside, Highland, and Island distilleries — each hand selected by Master Blender David Hallgarten of the Glenaden Distilling Company. They were matured in their original casks for a full twenty-three years before being married and divided into quarters for finishing and bottling without chill-filtering.

This bold whisky was aged in first fill Bourbon barrels for its entire 23 years of aging. The nose is honey and vanilla, with fruity, citrus and toffee notes on the palate and an unusually smooth finish.

The nose is honey and vanilla, with fruity, citrus and toffee notes on the palate and an unusually smooth finish.