Size750mL Proof87 (43.5% ABV)
Made from a mash of rye and barley, this Maryland-style rye whiskey represents 150 years of distilling history.
Notify me when this product is back in stock. 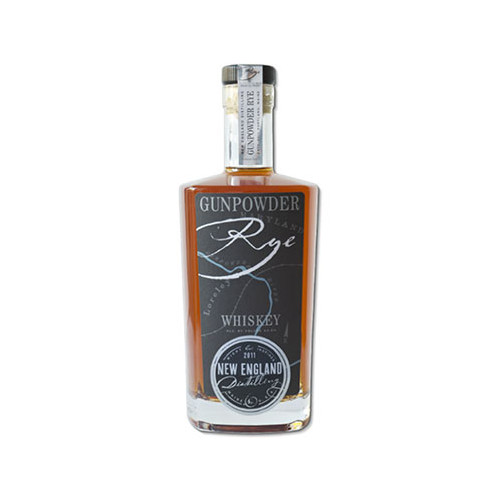 During the American Revolutionary War, the British Royal Navy imposed a blockade against American ports, which prevented the colonists-turned-revolutionaries from importing crucial supplies into the United States. As a result of blockade, American distilleries, which had been distilling molasses imported from the Caribbean islands into rum, began distilling rye grains instead.

Following the war, the epicenter of the burgeoning American whiskey business was in Pennsylvania and Maryland. In the Mid-Atlantic region, distilleries made use of excess rye grains to craft rye whiskey, which was beloved throughout the young nation. In the 1850s, John Jacob Wight took the reins at a whiskey distillery near Baltimore. Wight, as any good Marylander would do, began producing Sherwood Rye Whiskey. The whiskey was such a hit that the U.S. Army began stockpiling it for medicinal purposes. The distillery thrived for decades until Prohibition closed its doors in 1920.

More than 90 years later, Ned Wight, John Jacob's great-great-great grandson, has resumed the family tradition by distilling Gunpowder Rye Whiskey. A Maryland-style rye (made using only rye and barley — no corn in the mash), Gunpowder Rye Whiskey is distilled in Portland, Maine. The rye and barley used are locally-sourced from nearby Maine farmers, and the whiskey is aged for at least a year in new American oak barrels. The barrels are stacked on racks found by Wight in the long-shuttered rickhouse of the Sherwood Distillery — the same racks used by Wight's great-great-great grandfather.

Gunpowder Rye Whiskey is a full-bodied rye with a warm and spicy toasted malt flavor profile. The notes of spice are complemented with sweeter notes of toffee, vanilla and creamy chocolate and lead to a finish that is long and luxurious, with a final touch of cocoa.

Gunpowder Rye earned the Gold Medal from the Beverage Testing Institute, which called it "very tasty."

Pick up a bottle of history today!

A full-bodied rye with a warm and spicy toasted malt flavor. Spice is complemented with sweeter notes of toffee, vanilla and creamy chocolate. Finish is long and luxurious, with final notes of cocoa.