Size750mL Proof92 (46% ABV)
Tuthilltown Distillery’s Short Stack is a straight rye whiskey distilled from hearty New York rye, mellowed in American oak, and finished in Vermont maple syrup barrels. After aging for a minimum of 3 years, this unique expression is bottled at 92 proof.
Notify me when this product is back in stock. 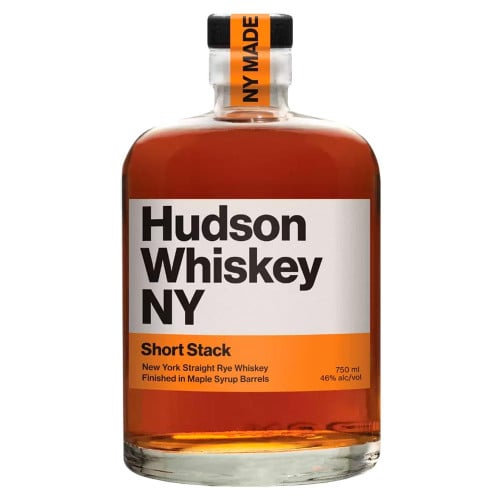 Short Stack is the distillery’s toast to the late-night haunts in the city that never sleeps, and the characters that inhabit them. This straight rye whiskey is distilled from hearty New York rye, mellowed in American oak, and finished in Vermont maple syrup barrels. After aging for a minimum of 3 years, it is bottled at 92 proof.

Aromas of vanilla, maple, and oak on the nose hint at big ﬂavors to come, a promise that the palate delivers with sweet maple and vanilla that mellow into mint and spice from the hearty New York rye base. The finish is lingering.