Size750mL Proof99.8 (49.9%% ABV)
Two James is the first post-Prohibition distillery in Detroit and their Catcher's Rye Whiskey is the embodiment of the spirit of Detroit. Made from 100% Michigan rye and pure water from the Great Lakes, it's aged for at least 2 years in new American oak and bottled at 98.8 proof.
Notify me when this product is back in stock. 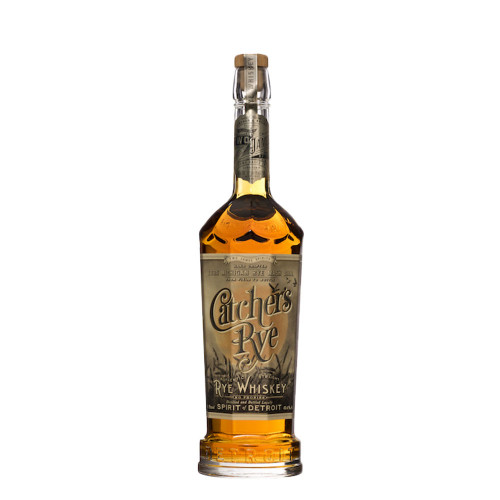 Founded in 2011 by two friends from Detroit, David Landeum and Peter Bailey, Two James Distillery is based in Detroit, Michigan, where they released their first spirit in 2013. The name honors the fathers of the two friends who were both called James. Located in Corktown, Detroit’s oldest neighborhood, it was the first distillery to open up in Detroit since Prohibition. Producing sustainable and handmade spirits by using locally sourced agricultural products, such as rye grain from local farms, Two James crafts small batches of premium spirit in order to produce the "Spirit of Detroit", with their core products ranging from bourbon, gin and vodka to rye – and even absinthe.

The name of Two James Spirits Catcher's Rye is an obvious reference to J.D. Salinger's iconic novel "Catcher in the Rye". Made from 100% Michigan rye and pure water from the Great Lakes, Two James’ mission to create the “Spirit of Detroit” comes to life in this authentic whiskey expression. Catcher’s Rye Whiskey is aged for at least two years in charred new American oak 53-gallon barrels and bottled at 98.8 proof, it brings aromas of clove and liquored cherries that develop into a light bodied palate with notes of charred wood, ground pepper and a dash of vanilla. Delivered in beautiful packaging that is at the same time traditional and modern, this is an exquisite homage to the terroir of the state of Michigan.

Grab your bottle of the Spirit of Detroit!

Distinct medium amber hue. Aromas of clove and liquored cherries prevail on the nose. The palate is light bodied, packed with flavors of charred wood, ground pepper and a hint of vanilla. Expect a spicy and dry finish.