Size750mL Proof100 (50% ABV)
The bottled in bond edition of New York Distilling Company’s rye whiskey is matured in full-size barrels for a minimum of four years before being bottled at 50% ABV. A perfect pick for sipping or for mixing. 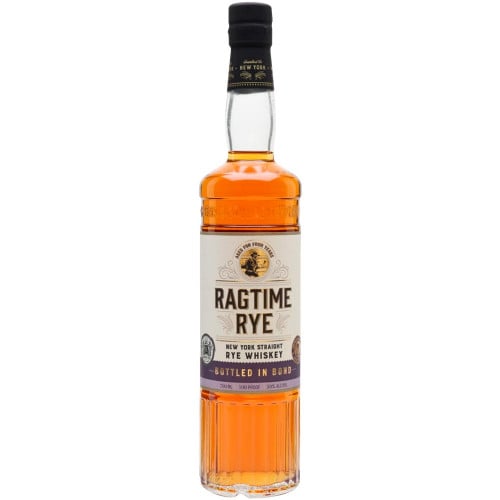 The Ragtime Bottled in Bond Rye Whiskey features a 75% rye, 13% corn and 12% malted barley mash bill. In addition to meeting the Empire Rye standards, this bottled-in-bond edition of New York Distilling Company's flagship Ragtime Rye is also compliant with the strict Federal Bottled in Bond Regulations. This whiskey is matured in full-size barrels for a minimum of four years and is bottled at 50% ABV.

This rye whiskey opens with dark fruits and maple syrup on the nose, followed by cinnamon, nutmeg, oak and a touch of leather and vanilla on the palate. The finish is oaky, with notes of black pepper, vanilla and cinnamon.