Size750mL Proof111 (55.5% ABV)
This craft rye whiskey has one of the lowest barrel entry proofs in Kentucky and the industry in general. It's crafted from 100% Kentucky rye, corn, and malted barley, and aged for a minimum of 4 years before being bottled at around 111 proof. 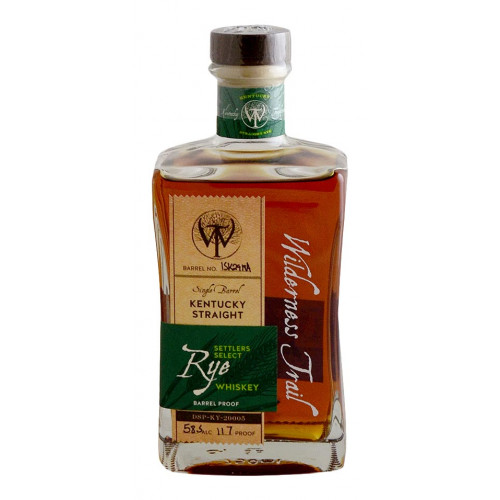 The Kentucky Straight Rye Whiskey expression employs their sweet mash process and the spirit is barrelled at 100 and 105 proof. These numbers used to be higher, so the final proof of the bottles can vary. Crafted from a mash bill of 56% Kentucky-grown Heritage rye (from the local KY Proud farm), 33% corn, and 11% malted barley, the rye whiskey is then aged for a minimum of 4 years and up to 8 years in the upper floors of their rickhouses.

Expect a fruity and citrusy nose with citrus zest, along with plenty of rye spice and vanilla sweetness. There's more fruit, citrus, and spice notes on the palate with the addition of charred oak notes. Finishes medium-long with lingering oak, citrus, and spice.