Size750mL Proof86 (43% ABV)
The Glengoyne 12 Year Old is aged in first-fill Hogshead ex-bourbon barrels and first fill sherry casks, among others, that's why it's recognizable as a sherried Highland-style whisky. As is the practice and tradition at Glengoyne, the 12 Year Old isn't peated at all. 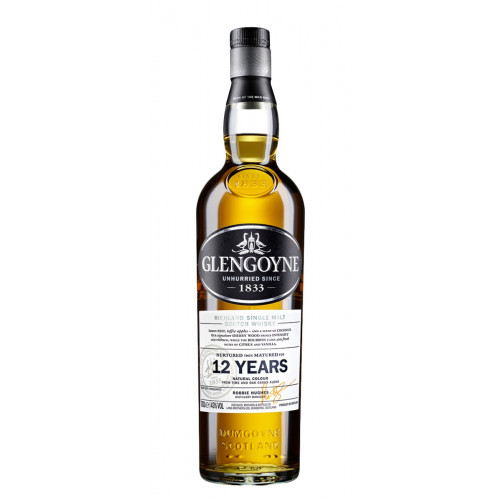 Once the Golden Promise barley has been air-dried, it is milled and mashed before being fermented for 56 hours in washbacks crafted from pine. Following fermentation, the wash is distilled through Glengoyne's copper-pot wash still and then again through its two copper-pot spirit stills, working in tandem (whisky is distilled more slowly at Glengoyne than at any other distillery in Scotland). The copper stills remove any remaining sulphur in the wash, and produce the sweet, concentrated flavors that define Glengoyne Scotch Whisky. This sherried Highland style whisky is aged for 12 years in a mix of first-fill sherry, refill sherry, and ex-bourbon and first-fill Hogshead ex-bourbon barrels. Bottled at 43% ABV.