Size750mL Proof80 (40% ABV)
"A truly exceptional single malt, the result not just of eighteen years of care and attention, but of whisky-making craft and knowledge passed down through the generations." —Glenfiddich
Notify me when this product is back in stock. 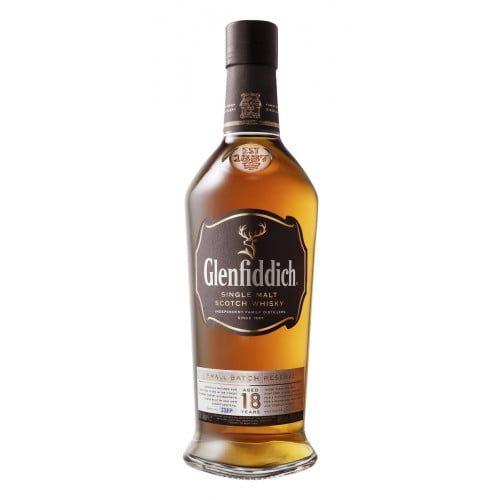 Made with the same Highland spring water that’s been used since 1887, Glenfiddich 18 year is matured using Spanish Oloroso wood and American oak. Each batch of this intriguingly fruity and robust oak expression is individually numbered and meticulously watched over.