Learn more
Size750mL Proof100 (50% ABV) *Please note that the ABV of this bottle may vary
This creamy whisky is produced from 100% Scottish organic barley, using slow trickle distillation and premium American oak.
Notify me when this product is back in stock. 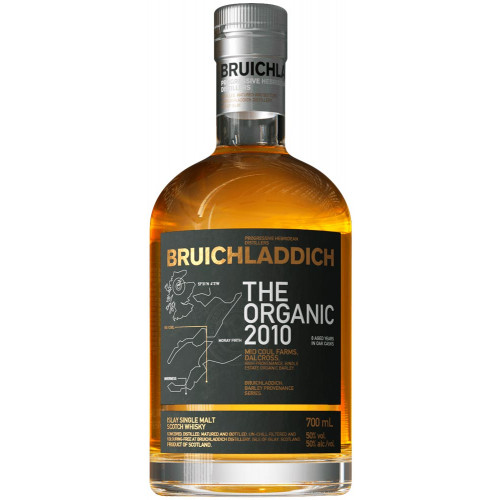 100% Scottish organic barley, slow trickle distillation and premium American oak have produced the creamiest whisky to come out of Bruichladdich. During the Victorian times when Bruichladdich Distillery was built, all Scottish barley was grown organically. The relationship between distiller, farmer and soil was intimate and enduring. These ties were lost as modern industrialized farming cut through ancient synergies. Bruichladdich Organic is an ode to ancient traditions.

Toasted barley, candied lemon, and floral aromas on the nose. The palate is sweet with barley sugars, honey, almonds, green jelly beans, and pear drops all splashed with a squeeze of fresh lemon and balanced by the crispness of malted barley. The finish is fresh and full of life.