Learn more
Size750mL Proof92 (46% ABV) *Please note that the ABV of this bottle may vary
This expression is named after Ireland’s luckiest number, 13. Aged for 13 years in first fill Bourbon barrels.
Notify me when this product is back in stock. 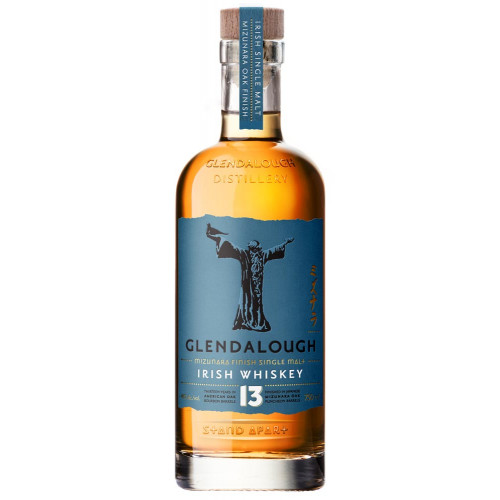 This expression is named after Ireland’s luckiest number, 13. This single malt is double distilled and aged for 13 years in first fill Bourbon barrels. This Glendalough single malt has unmistakable hints of spice, creamy vanilla, biscuity malts. A true embodiment of the outstanding spirit of Ireland.

Deep butterscotch, honeycomb and rich lemon meringue balanced with citrus fruits and just a hint of a clove spice on the nose. The palate oscillates between intense vanilla fudge luxurious sweetness and almost rock candy mixed with touches of fruit — lemon citrus, peach, and dried apricot. This is followed by deep spices; red peppercorn and light cloves. A truly velvety mouthfeel that just hovers on the palate. The finish carries notes of spice left lingering with under-layers of robust malt characteristics, deep oak notes, and vanilla fudge.