Learn more
Size750mL Proof80 (40% ABV) *Please note that the ABV of this bottle may vary
Part of their Elgin Heritage range, Glen Moray Heritage 12 Year Old Single Malt Scotch Whisky is a Single Malt Scotch Whisky that shows off the distillery's approachable flavor profile. This particular offering was aged in American oak casks for 12 years. The final result is approachable and versatile, bursting with flavors of barley, vanilla, honey-roasted nuts, and white chocolate. 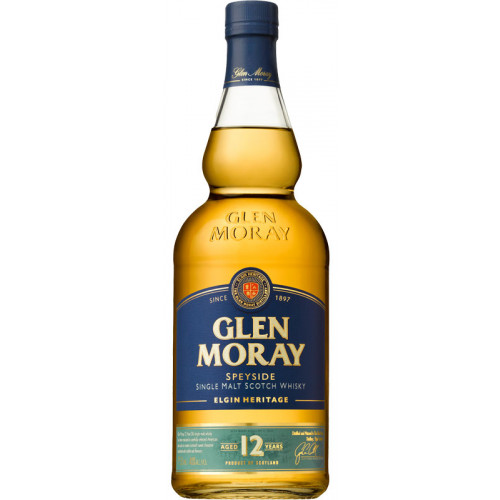 Glen Moray Heritage 12 Year Old Single Malt Scotch Whisky is a Single Malt Scotch Whisky that’s part of their Elgin Heritage range. This collection was created to show off the distillery's approachable flavor profile. This particular offering was aged in American oak casks for 12 years. The final result is approachable and versatile, bursting with flavors of barley, vanilla, honey-roasted nuts, and white chocolate. It’s recommended to savor this one neat or with a drop of water but if you prefer cocktails, don’t hesitate to use it as a high-end cocktail base.

Yellow hue. The nose opens up with vanilla and sweet aromas, underlined by subtly herbaceous oak. The palate is bursting with flavors of barley, vanilla, honey-roasted nuts, and white chocolate. The finish is long and lingering.