$48.99
Caskers Rewards members earn up to 2 store points back when buying this bottle.

This product is available in: CT, DC, IL, NV, TX Unfortunately, we can't ship to PO Boxes and APO addresses.

Size750mL Proof100 (50% ABV)
Following in the footsteps of its smash-hit predecessor, this whiskey takes the signature sweet, nutty, and fruity character to another level. Big, bold, and complex yet approachable, it showcases Master Blender Nicole Austin's expertise.
Notify me when this product is back in stock.

This product is available in: CT, DC, IL, NV, TX Unfortunately, we can't ship to PO Boxes and APO addresses. 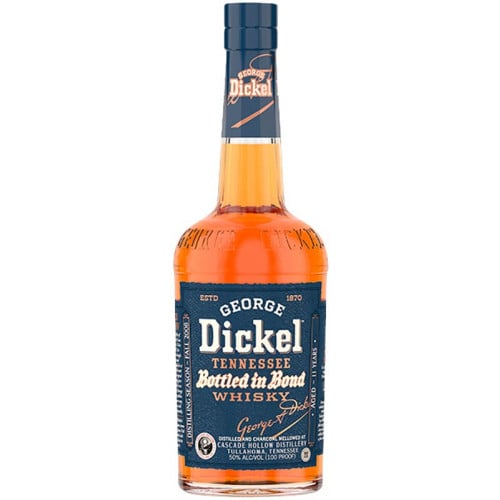 George Dickel’s 2020 Bottled in Bond release is an 11-year-old whisky that was distilled in 2008. While a bit younger, it follows in the footsteps of the bold and balanced 13-year-old that has received several "Whisky of the Year" awards. Crafted with a mash bill of 84% corn, 8% rye, and 8% malted barley, it employs the same charcoal-filtration as its predecessor. Bottled at 100 proof, it retains the nuttiness, sweetness, and fruity notes with an overall profile that is big and complex yet approachable.

The nose opens with pecan, maple syrup, and dried apple. There's a pleasant sweetness with maple syrup on the palate, along with baked apple and roasted pecan notes. Finishes rich and warm with a lingering oakiness.