Be the first to review this product
The latest release from Garrison Brothers, this bold Balmorhea straight bourbon is named after an iconic West Texas park.
$211.99
Add to Wish List

Once the grains arrive at the distillery, they are milled and mashed before being fermented for four days. Following fermentation, the wash is distilled through an antique, copper pot still nicknamed the copper cowgirl. "She was made as an experimental still," says Garrison, "for Wild Turkey Distillery." After the bourbon has been distilled, it is aged in charred, American oak barrels. "The char softens the wood and allows the bourbon to expand into the wood. When it gets hot — and it gets hot out here in Texas — that bourbon will soak deep into the wood and extract the chemical compounds that are in there."

Balmorhea is the latest release from Garrison Brothers, named after an iconic West Texas park. $5 for the sale of each bottle goes towards renovating the spring-fed pool situated nearly 40 miles south of Pecos, Texas. This magnificent Texas Straight Bourbon Whiskey is bold but majestically-crafted, having been aged four years in new American white oak barrels, then transferred to a second new American white oak barrel, and aged for one year. Simply put, Balmorhea is bourbon candy in a bottle. 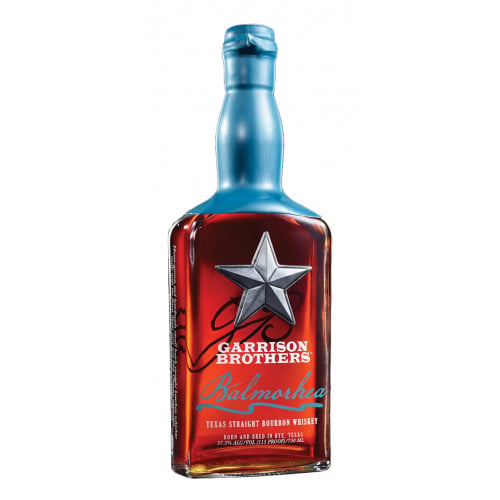