Size750mL Proof88 Proof (44% ABV)
Made from estate-grown agave that are nearly a decade old, Fidencio mezcals are crafted by a fourth-generation mezcalaro.
Notify me when this product is back in stock. 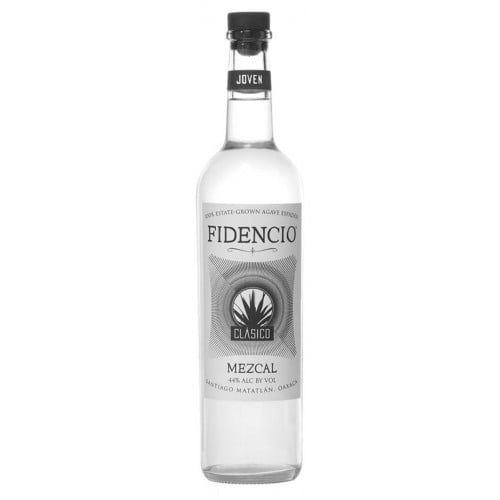 In order to craft Fidencio Clásico mezcal, the split piñas are roasted underground over a fire made from the embers of encino (or black oak) for five days, giving the mezcal its signature, smoky flavor. Once the piñas have been roasted, they are crushed under a tahona (or stone wheel) made from rose quartz and the resulting pulp is then fermented using wild yeast for six to twelve days, depending on the weather.

Fidencio Clásico is distilled twice through a traditional, wood-fired, alembic still. As a result, it has an aroma of herbs, earthy minerals and raw pineapple. The aroma gives way to notes of warming smoke, pepper and cinnamon, and leads to a smooth yet spicy finish. Fidencio Clásico earned the Gold Medal at the San Francisco World Spirits Competition.

Pick up a bottle of Fidencio today!

Elegant notes of vanilla, caramelized pineapples, honey and spice, that lead to a smooth, citrusy finish.