Size750mL Proof80 Proof (40% ABV)
Made from estate-grown agave that are nearly a decade old, Fidencio mezcals are crafted by a fourth-generation mezcalaro.
Notify me when this product is back in stock. 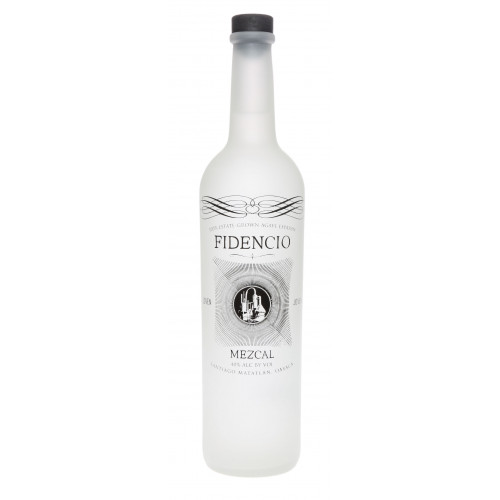 Fidencio Sin Humo mezcal is crafted by roasting the split piñas in a radiant heat oven for three days. This process, says Enrique, allows him to "produce a mezcal that is a pure expression of espadín, without the influence of smoke that is typically found in other mezcals." Once the piñas have been roasted, they are crushed under a tahona (or stone wheel) made from rose quartz and the resulting pulp is then fermented using wild yeast for six to twelve days, depending on the weather.

Fidencio Sin Humo is also distilled twice through a traditional, wood-fired, alembic still. The alembic still used to distill Sin Humo is equipped with purifiers, however, which recirculates the mezcal and softens its intensity. As a result, it has more elegant notes of vanilla, caramelized pineapples, honey and spice, that lead to a smooth, citrusy finish. Fidencio Sin Humo also earned the Gold Medal at the San Francisco World Spirits Competition.

Pick up your Fidencio bottle today!

Elegant notes of vanilla, caramelized pineapples, honey and spice, that lead to a smooth, citrusy finish.