Size750mL Proof92 (46% ABV)
Distilled in 2008 at the Blair Athol Distillery, this single malt spent a dozen years in a hogshead before being finished in red wine casks from the Israeli Flam Winery. The delicate, fruity, and gentle expression is bottled at 92 proof.
Notify me when this product is back in stock. 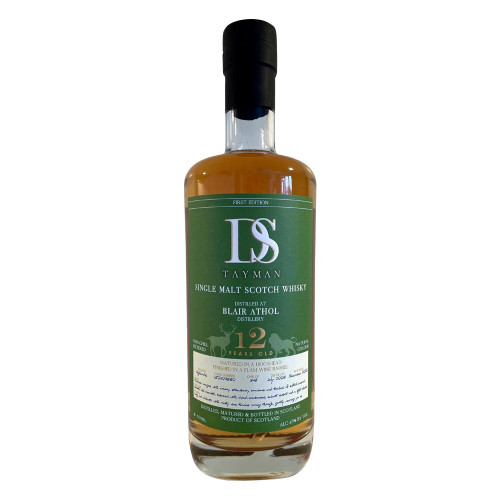 The Blair Athol Distillery is located in the town of Pitlochry in Scotland. Founded in 1798 by John Steward and Robert Robertson, the distillery produces single malt whisky that is used in Bell's blended whisky as well as sold as a 12-year-old. Distilled in 2008, the expression spent a dozen years in a hogshead it was finished in a barrel that used to hold red wine from the Israeli Flam Winery. Bottled at 92 proof, only 177 bottles of this fruity and delicate single malt were released.

Grab your bottle of this unique limited-edition whisky today!

You'll find fruity and citrusy aromas of mandarin oranges, dried fruit, and a touch of salted caramel on the nose. The palate has toffee, milk chocolate, and dried berry notes. The finish is long and gentle with wine tannins and a hint of spice.