Rating:
100%
1
Caskers Rewards members earn up to 3 store points back when buying this bottle.
Size750mL Proof96 (48% ABV)
Named after the New York state motto Excelsior, meaning "Ever Upward," this 100% New York bourbon is aged in distinctive New York white oak barrels.
Notify me when this product is back in stock. 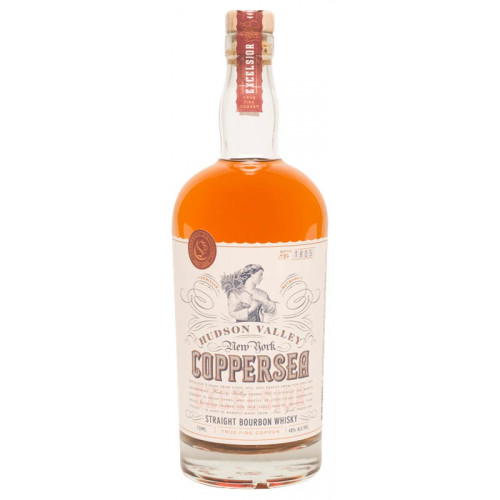 Excelsior Bourbon touts itself as the first 100% New York Bourbon. This New York dram is crafted from pure Hudson Valley grains, and aged in New York-harvested American white oak barrels. Being aged in New York oak, makes this spirit unique, as it may quite possibly be the only bourbon since Prohibition to carry this distinction. Coppersea worked with US barrel to develop the first tight barrel cooperage in the Northeast in generations

The bourbon — which is named after the state motto Excelsior, meaning "Ever Upward" — has a mash bill of 60% corn, 30% rye, and 10% floor malted barley. A New York trifecta, this bourbon embodies an authentic New York terroir.

Notes of polenta, apricot and a good amount of black pepper from the high rye content, mingling with robust notes of vanilla, almonds and cedar from the oak.