Size750mL Proof94 (47% ABV)
Made with seven unique botanicals, this gin earned the title "Master" at the Gin Masters Competition in 2014.
Notify me when this product is back in stock. 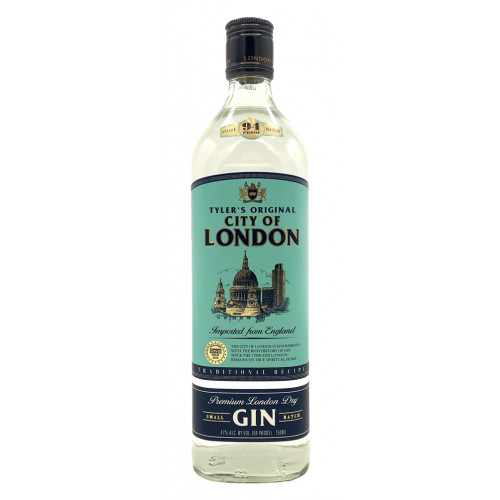 About City of London Dry Gin

Situated under the steps of the St. Bride's Church on Fleet Street, the City of London Distillery is the first distillery to be commissioned within the City of London in over two centuries. The distillery was founded in 2012 by Jonathan Clark and Jamie Baxter, who set out to pay homage to the thousands of distilleries in London that had suffered and were ultimately shuttered due to England's repressive regulatory and tax regimes.

City of London Dry Gin is a handcrafted gin that is made using two stills and seven unique botanicals. The stills, which were constructed by Carl GMbH, are nicknamed Clarissa (a Carter Head still) and Jennifer (a classic pot still) are "the heart of the operations of the distillery," says Clark. In addition, the botanicals using during distillation — juniper, coriander, angelica, liquorice, orange, lemon and grapefruit — create a sublime gin that has touches of zesty citrus, pink grapefruits and licorice.

City of London Dry Gin earned the title "Master" at the Gin Masters Competition in 2014.

Aroma of citrus with a hint of juniper. Notes of cascading citrus — lemon, orange and grapefruit — along with touches of licorice