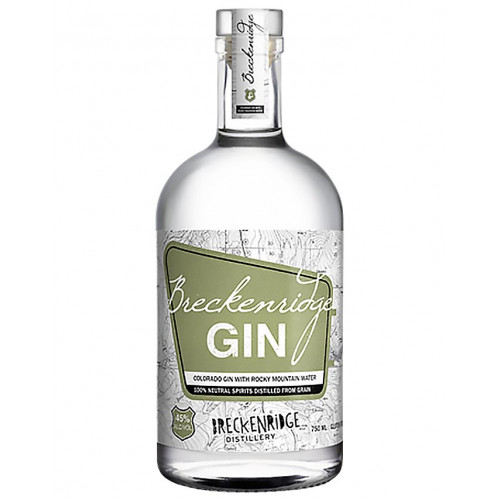 With a profound range of expressions ranging from award winning bourbons and Port cask finished whiskeys to Chili flavored vodkas, and over two dozen awards, including 2 “Distillery of the Year” awards, Breckenridge is without saying a well-established player in the game. This is very impressive considering Bryan Nolt founded Breckenridge in 2007.

Breckenridge gin is a quintessential American-style gin, featuring more prominent, bright citrus-forward, floral notes, compared to its London counterpart. Balanced by undertones of juniper and spice, this gin upholds the Breckenridge quality standards of mouthfeel and flavor. This idyllic balance is achieved through the maceration during distillation. Handcrafted in small batches using a bespoke Vendome custom copper pot still, Breckinridge gin is steeped in a basket of premium botanicals. With vibrant notes of lemon twist, iris bloom, and lavender, this gin harbors a complexity that pairs sublimely with Negroni’s, but you can experience its depth just fine on its own.

A twist of lemon on the nose, with a hint of iris bloom. The palate is bright with citrus and and dose of coniferous evergreen. A solid mouthfeel with complex, spicy undertones and lavender. The finish is clean, bright and floral.