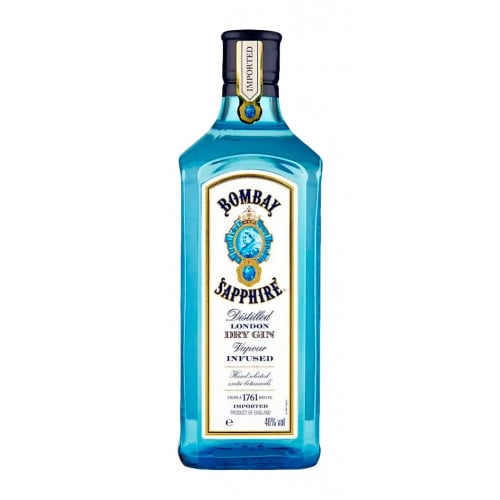 Bombay Sapphire gin employs 10 botanicals in its recipe, meticulously overseen and hand-selected by their Master of Botanicals, Ivano Tonutti: almond, lemon peel, licorice, juniper berries, orris root, angelica, coriander, cassia, cubeb, and grains of paradise. It's the vapor infusion that plays a large role in creating its signature taste profile. During distillation, the spirit vapor passes through the botanicals, suspended at the top of the column, resulting in the delicate aromas and tastes that the gin is known for. Blended with pristine water from Lake Vyrnwy, the resulting spirit is delicate, fresh, floral, and light. Bottled at 94 proof, the Bombay Sapphire London Dry Gin comes in its iconic rectangular sapphire-colored bottle and is a true modern classic.