Buffalo Trace Kosher Wheated Bourbon Whiskey was created in partnership with the Chicago Rabbinical Council. The partnership began in 2010 and is seeing the release of the first 3 expressions in 2020. Utilizing the same high-quality wheat mash bill as their W.L. Weller Bourbon Whiskey, the spirit is aged in kosher barrels, then bottled at 94 proof. Special care is taken to ensure that the whiskey has no contact with non-kosher spirits. Each of the 3 expressions is going to be released yearly after Passover.

This wheated bourbon has spices, vanilla, and caramel on the nose. There's a subtle sweetness on the palate with hints of fruit, vanilla, and bread notes. Finishes with cinnamon and a pleasant sweetness. 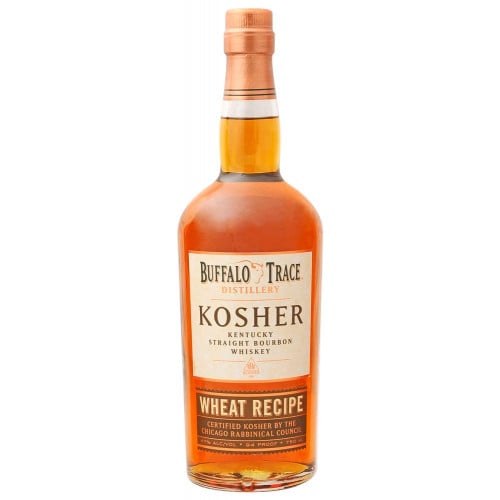