Size1750mL Proof90 (45% ABV)
This bourbon, which is aged for a minimum of eight years, is the flagship product of America’s oldest continuously operating distillery.
Notify me when this product is back in stock. 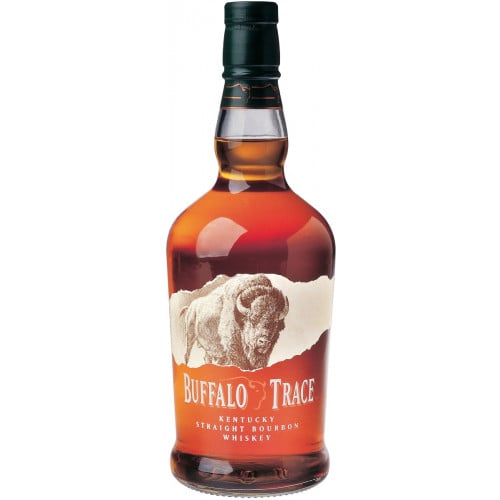 The distillery’s flagship bourbon has been made using the same process for over 200 years. Buffalo Trace Kentucky Straight Bourbon Whiskey is made from a mash of yellow #2 dent corn, plump rye grains and malted barley, which is cooked and cooled before being fermented for approximately 3-5 days. Once fermentation is complete, the bourbon is double-distilled through column stills before being aged in first-fill, American oak barrels (90% of the distillery’s oak is brought in from the Ozark Mountains) that have been aged for six months in the distillery’s yard before being heavily charred.

4.9 out of 5
(4 reviews)
Write a review
Real email address is required to social networks
Sign in
Login with Google
Login with Facebook
Or
We also recommend