Size750mL Proof84.4 (42.2% ABV)
This Gristmill’s handcrafted Black Fly expression is named after the local black flies that inhabit the Adirondacks. A 100% New York corn whiskey, aged for under a year in new American oak barrels.
Notify me when this product is back in stock. 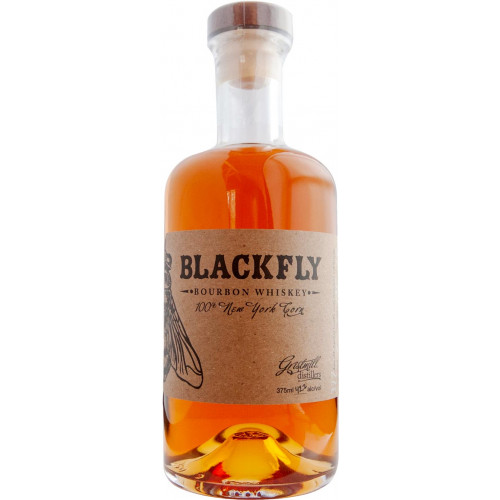 A 100% New York corn whiskey, aged for under a year in new American oak barrels crafted by the coopers of U.S. Barrel. New York corn and New York oak barrels, a true New York bourbon. This Blackfly expression has hints of oak tannins. Available in 200, 375 and 750ml sizes, it is bottled at 42.2% ABV.

Pick up a bottle of this Black Fly Bourbon today!

Notes of buttered corn, toasted oak and maple sugar on the nose. Hints of oak and sap mingle with a touch of corn on the palate. A little spice. A clean finish, with a hint of oak.