Size750mL Proof86 (43% ABV)
Inspired by the two lanterns lit at Old North Church in Boston in 1775, this whiskey is the first ever to be legally distilled from Boston Lager.
Notify me when this product is back in stock. 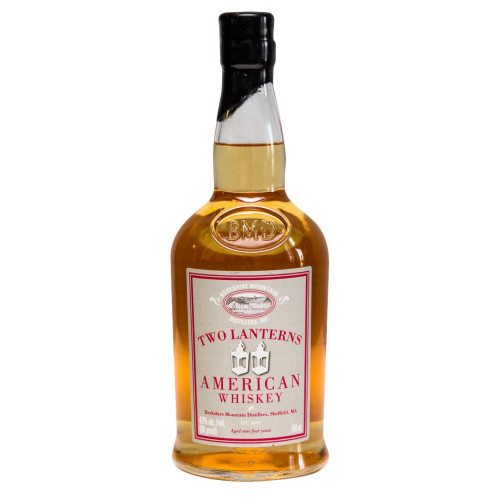 This Two Lanterns expression is inspired by the two lanterns lit at Old North Church in Boston in 1775 that signaled to the Sons of Liberty that the British were coming by sea to Lexington and Concord to capture Samuel Adams and John Hancock and hang them as traitors.

A collaboration with Samuel Adams, this whiskey is triple distilled from Boston Lager, Samuel Adam’s flagship. This whiskey is the first ever to be legally distilled from Boston Lager. Barrel-aged for four years, this inspired whiskey showcases lager notes of blended hops, toasted malt, caramel floral elements and green grape and lychee nut. “This is a very clean and light whiskey that is genetically tied to a historic lager - try a taste of history” (producer).

Clean and light with toasted malt and caramel on the nose, with a floral quality reminiscent of green grape and lychee nut, vestigial notes of hops.