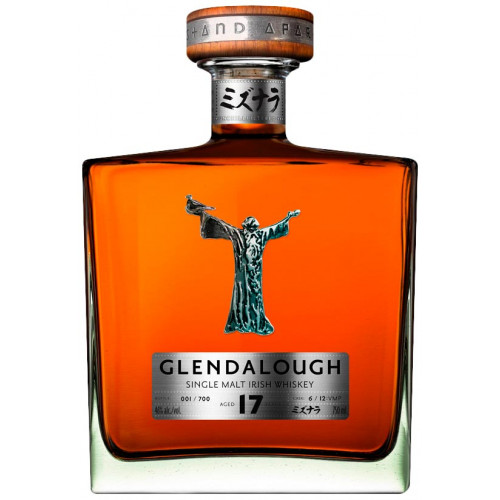 The Glendalough 17 Year Old Single Malt was aged in first-fill bourbon casks for 15 years, gaining a layer of citrus notes atop the sweet honey and vanilla. It was then transferred into rare mizunara oak barrels from a Japanese island some 6,000 miles away. These impart the liquid within with a luxuriously creamy mouthfeel and immense complexity. Only 6,000 bottles of this luxurious expression were produced.

The nose brings the promise of a complex whiskey. Oriental incense, wood spice, coconut, and fruitiness give way to a creamy mouthfeel with honey sweetness, spice, vanilla, and plenty of complexity.