Learn more
Size750mL Proof90.4 (45.2% ABV) *Please note that the ABV of this bottle may vary
This distinctive Madeira Finish received a Double Gold Medal 2017 San Francisco World Spirits Competition.
Notify me when this product is back in stock. 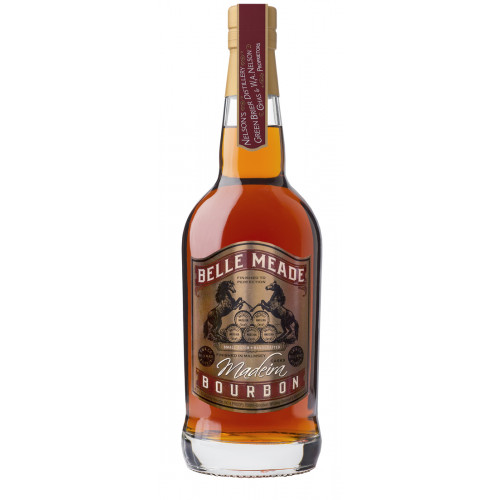 This Belle Meade Bourbon Malmsey Madeira finish is the third release in their award-winning Special Cask Finish Series. Malmsey is the richest and sweetest tasting of the Madeira styles and is renowned for the depth and complexity of its honeyed flavors. This blend is comprised of 6- and 9-year-old bourbons, the robust flavors from the casks pair well with the spicy high rye content of the Bourbon and create a striking profile. Cut to 90.4 proof and nonchill-filtered, this distinctive Madeira Finish received a Double Gold Medal 2017 San Francisco World Spirits Competition. Enjoy it neat, with a splash, over a sphere of ice, or in any classic cocktail.

The nose is floral with vanilla and hints of toffee. The palate shows dark wildflower honey, vanilla, ripe persimmon, dried black cherry, caramelized raw cane sugar, a touch of plum and a healthy dose of baking spices throughout. The lengthy finish echoes the honey, black cherry, vanilla and spice notes, and adds a touch of malt and chocolate.