This product is available in: CA, DC, FL, NY, WA Unfortunately, we can't ship to PO Boxes and APO addresses.

Size750mL Proof103.6 (51.8% ABV)
This expression celebrates Mickey Heads' 13 years of leadership. Aged entirely in ex-rye casks (a first for the distillery!) and bottled at 103.6 proof, the whisky is intensely fruity and pleasantly spicy.
Notify me when this product is back in stock.

This product is available in: CA, DC, FL, NY, WA Unfortunately, we can't ship to PO Boxes and APO addresses. 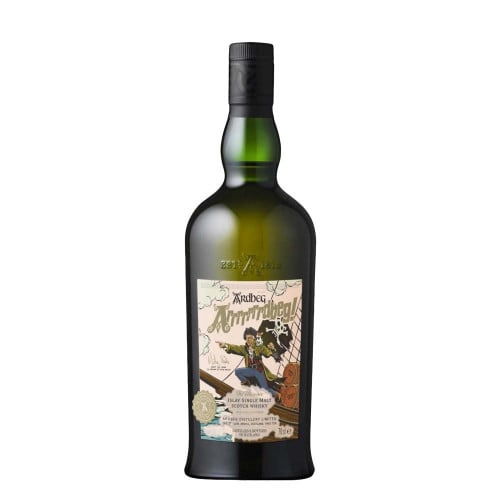 Islay has only 3,000 inhabitants and more than 140 committees, the largest of these being the Ardbeg Committee. With over 120,000 global members, the Ardbeg Committee serves the common purpose of celebrating Ardbeg whisky. Arrrrrrrdbeg! Committee Release 2020 celebrates Mickey Heads' 13 years of leadership. The expression is bottled at 103.6 proof and was matured entirely in ex-rye casks. It's brimming with fruity notes.

Grab your bottle of this delicious whisky today!

Smoked banana & pear are on the nose with rye bread, vanilla sweetness, toffee, and hints of aniseed. Water brings out citrusy aromas. The palate is spicy with a lot of fruit including melon and kiwi. Aniseed, smoked toffee, and sourdough biscuits make an appearance. The finish is long with brine, nuts, and a touch of smoke.