Learn more
Size750mL Proof92 (46% ABV) *Please note that the ABV of this bottle may vary
This flavorful single malt was called "wonderfully distinctive” by famed whisky writer Michael Jackson, and was named World Whisky of the Year in the 2008 Whisky Bible.
Notify me when this product is back in stock. 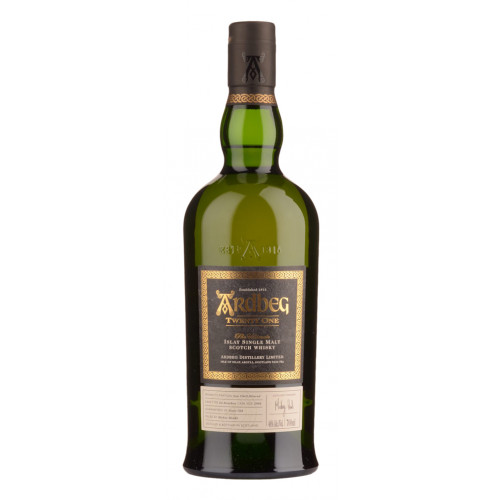 Once the whisky has been distilled, Ardbeg Ten Year Old Single Malt Scotch Whisky is aged for 10 years on the weather-worn isle of Islay. While most whiskies are chill-filtered and reduced to a strength of 80 proof, Ardbeg Ten is non chill-filtered and bottled at 92 proof, thus retaining maximum flavor, body and depth.

Ardbeg Ten has rich aromas of ocean air, taffy and an undeniable peat smoke, which are balanced by softer elements of vanilla and lemon zest on the palate. The finish, which is mildly sweet, is nicely seasoned by malt grains, espresso and chocolate-covered almonds.

Rich aromas of ocean air, taffy and an undeniable peat smoke, which are balanced by softer elements of vanilla and lemon zest on the palate. The finish, which is mildly sweet, is nicely seasoned by malt grains, espresso and chocolate-covered almonds.