Learn more
Size750mL Proof80 (40% ABV) *Please note that the ABV of this bottle may vary
This inviting single malt earned a silver medal at New York World Wine & Spirits Competition.
Notify me when this product is back in stock. 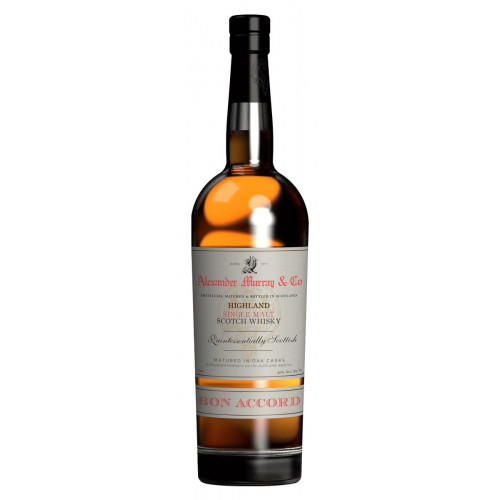 The label has a diverse line up of products ranging from their extensive Vintage Malt collection, the Monumental blended Scotch range (available in 18- and 30-year-old expressions), The Polly’s Casks bottlings containing Tullibardine single malt finished in Firestone Walker’s Double DPA beer casks, and finally their Bon Accord. Bon Accord was matured in ex-Bourbon oak casks yielding a beautiful golden hue, with sweet flavors, followed by a powerful finish.