Size750mL Proof92 (46% ABV)
This complex A.D. Rattray Islay earned a Double Gold medal at the 2017 San Francisco World Spirits Competition.
Notify me when this product is back in stock. 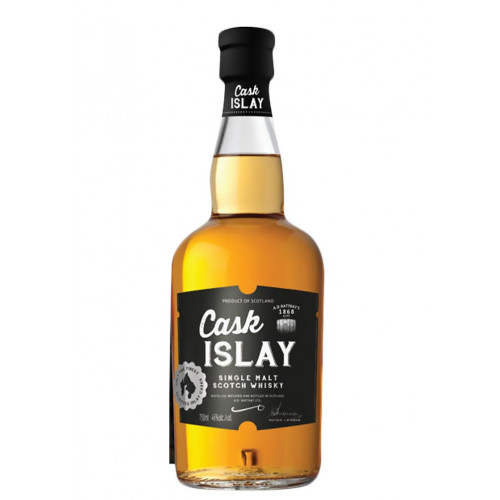 A. D. Rattray, an independent family-owned bottling company that has been blending and maturing single malt Scotch whiskies since 1868. This single malt is from an undisclosed Islay distillery, which was bottled by the independent bottler handcrafted in small batches this whisky packs a peaty punch at 35 ppm.

This A.D. Rattray is matured in a mix of ex-bourbon barrels and ex-sherry hogsheads. The signature cask was chosen for its Islay characteristics with its peat smoke and sweet, complex palate produced from the unique composition of bourbon barrels and sherry hogsheads— which were sourced directly from small bodegas in Jerez. This complex A.D. Rattray Islay earned Double Gold medals at the 2017 San Francisco World Spirits Competition as well as the 2016 New York World Wine Spirits Competition.

Sweet aromas and peaty notes on the nose. The palate is dry and sweet with notes of barley, salted toffee, and dense peat smoke. The finish is lingering with a dose of peat.