Size750mL Proof128 (64% ABV)
This high proof bourbon whiskey is distilled using a still fashioned from old copper photogravure plates.
Notify me when this product is back in stock. 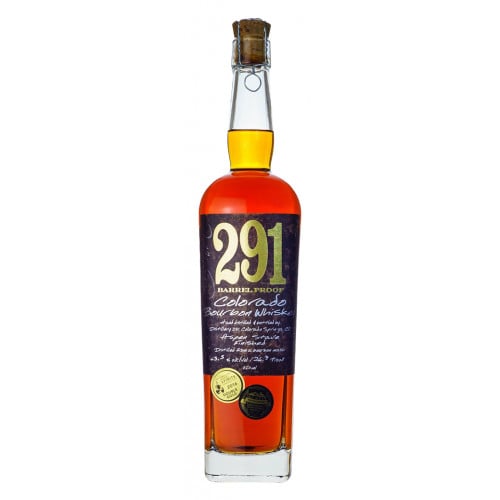 Myers' previous life as a photographer permeates the distilling process to this day as the original still was fashioned from old copper photogravure plates he once used. Each drop today passes through it, since it is currently being used as a doubler. The whiskey that's made from scratch has a peculiar stage in the mashing process where finished beer is reserved and added to the next batch. They dubbed this technique, unique to Distillery 291, the El Paso County Process. They age their whiskey in heavy charred white oak barrels and finish it with their neighbor's toasted aspen staves, added to each barrel. Then the whiskey is cut with clear Rocky Mountain water before being bottled, corked and labeled by hand.

This uncut version on their standard Colorado Bourbon is a one year, barrel-aged whiskey distilled in a copper pot still. Finished with toasted, Colorado aspen staves and bottled at barrel proof, this is a high proof bourbon whiskey with greater depth and character. Made from corn, malted rye and malted barley mash.

Vanilla pudding on the nose followed by notes of caramel corn. The palate is sweet with corn and baking spice followed by intense maple sugar and cinnamon.