The Woodford Reserve Distillery is among Kentucky's oldest and smallest bourbon distilleries. Nestled in the heart of the Commonwealth's thoroughbred country, it's the only place you'll find bourbon and horses maturing side by side. It's also the only spirits company in the world to own its own cooperage and crafts its own barrels…

The Woodford Reserve Distillery sits on what was once an old Distillery founded by Elijah and his son, Oscar Pepper, in the 1800s. Under the stewardship of Oscar and Master Distiller James Crow, their distillery reformed and modernized the process of producing whiskey in the United States — the distillery revolutionized the concepts of sour mash and yeast propagation.

Nearly two centuries later, Chris Morris — Woodford Reserve's seventh master distiller — pays homage to Pepper and Crow with Woodford Reserve Double Oaked Bourbon. Morris, who began working at Woodford Reserve Distillery when he was just 16 years old, is one of the foremost experts in the production and maturation of bourbon and samples up to 180 unique whiskeys each day. “It's about pursuing flavor through modernizing old practices,” says the 55-year-old master distiller.

Cinnamon notes with toffee, dried fruit and a hint of citrus to the palate, followed by a dry finish of brown sugar and oak. 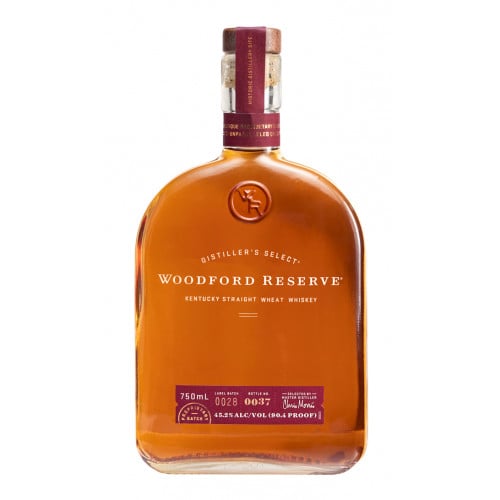